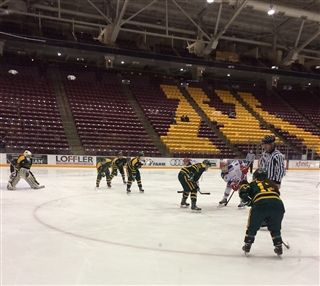 SUCCESS IN MINNEAPOLIS A TEAM EFFORT

The Blazers won three, lost one, and tied one, playing five games in three days! Full results at this link. (Scroll to University of Minnesota: January 20-22, 2017.)
Now, the Blazers are third in league standings with one weekend series (University of British Columbia: February 3-5) remaining before playoffs in March.

Congratulations to Morgan Wabick, Grade 12, who has been named JWHL Player of the Week!
Back