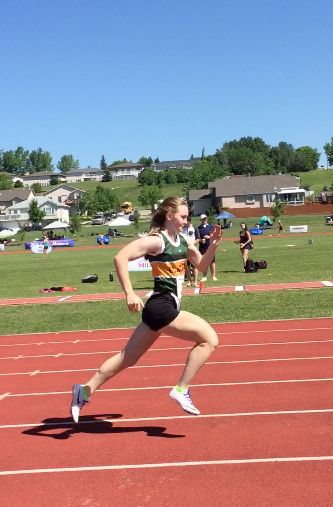 9/29/2017
By Sarah Zacharias '08, Acting Director of Hockey
In recent years, the importance of taking some time away from the rink has been preached by players and coaches alike. The belief is that players can wear themselves out playing one sport for 10-12 months of the year, resulting in what is known as burnout (a.k.a. "overtraining" or "overuse injury"). Allowing players to have some time away from one sport to focus on another is great for motor skills, furthers skill development in different areas, and overall gives players a chance to yearn to get back on the ice, which is a feeling every coach wants for her players.

At Balmoral Hall, we encourage our athletes to hang up their skates now and then to enjoy some of the other sports the school has to offer. The Blazers have seen players compete in cross-country, track and field, volleyball, basketball, badminton, soccer, and ultimate.
Here are a few of the most recent accolades our players have received:
Back